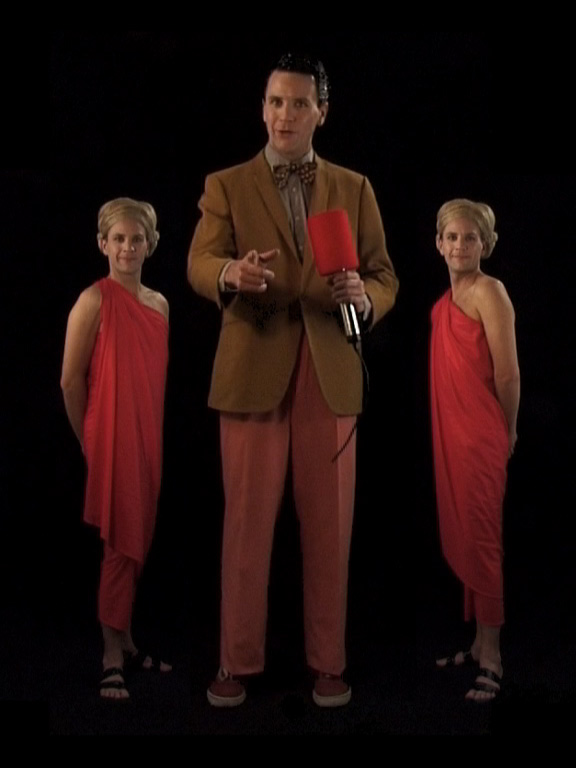 Primetime is a multi-faceted video installation incorporating twenty nine consumer TVs, a video projection, video cubes and an elongated sculpture which is reminiscent of a television stage set.
By deconstruction the daytime television talk show canon Primetime presents a configuration of the essential and captivating techniques used to construct such programs and the repercussions on the individuals involved.

As the viewer enters the space of Primetime, they become confronted with a tower of five exhibition monitors. These monitors flicker to an audio confession extracted from the american daytime talk show Jerry Springer. Using light to allude to a figurative presence, breathing life into the hollow spaces of the televison set, the tower occupies a designated backstage, as if the television guest is both confessing to and preparing for their time in front of the audience. As the installation progresses, a ramp emerges out of the floor which is elevated to create a form of stadium bleachers on the descending side.

Occupying the main space, the viewing platform faces a wall installed with twenty nine consumer television sets. These sets operate as a viewing field, punctuating the omniscient dialogue with scrolling texts and quotes, while simultaneously from the perspective of the televisions, the viewer is inverted into also being viewed. Adjacent to the TV sets is a projection of the host, flanked by two assistants, from this elevated space he designates and dictates the time for viewing. With the reverberation of light and sound, in which the viewer and the viewed are subverted and perverted, the soundtrack presents revelations of love, desire and incest. Primetime looks at the Warholian notion of fifteen minutes of fame, considering the scripture and audacity of trash television, the desire of individuals to become elevated into a media spectacle – either for the pay check, the catharsis, or the pleasure of being an entertainer. 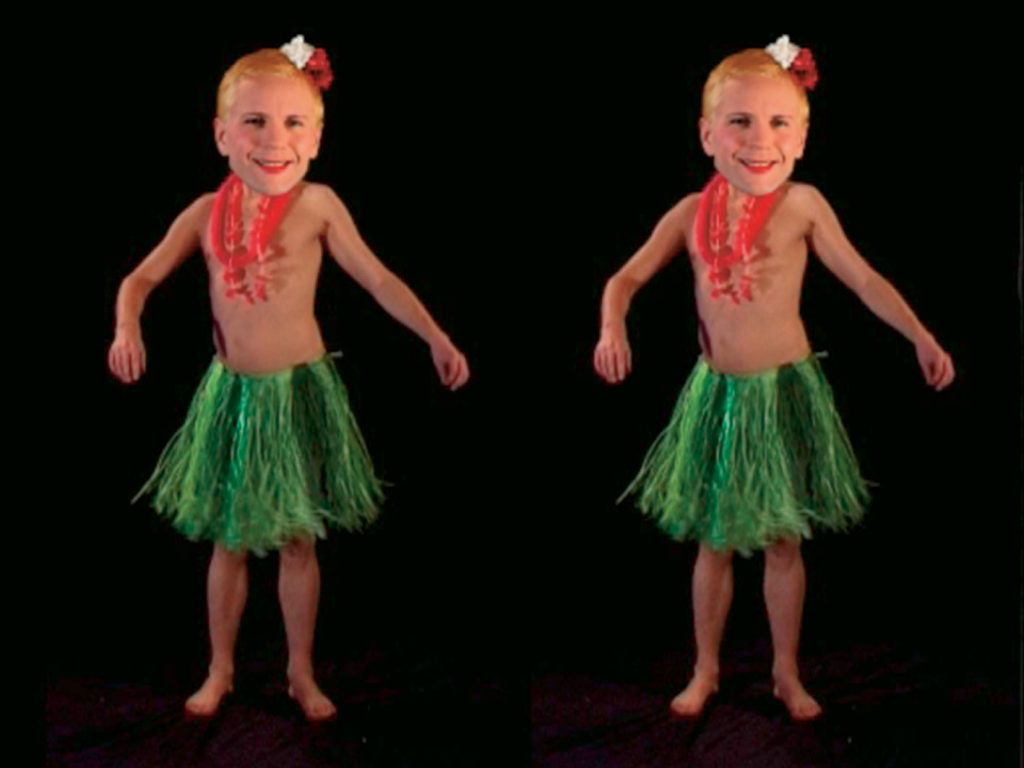