An installation in two parts, consisting of a projected dialogue between two cowboys taken from the German version of Billy the Kid (USA 1941), correspondingly a second version of this dialogue taking place, between two astronauts orbiting Earth in individual single occupancy space vessels. Silvercity 1+2 present two far-reaching depictions of camaraderie between men and the struggle for survival within the unknown.

Silver City 1+2 are two works that take on the same dialogue from the German over-dubbed version of Billy the Kid (USA 1941). Sivercity 1 projects two cowboys, with a campfire between them, onto the floor, their bodies appear to be laying in rest while their heads are projected vertically against the wall. The dialogue between them evokes nostalgia of a distant place both of them seemingly once knew, a place called Silvercity. While Sivercity 1 apparently takes place in the Wild West, Silvercity 2 is situated between two astronauts orbiting space in individual vessels. The dialogue is recontextualized to the new frontier of outer space, the nostalgia Silvercity appears somehow futuristic. The concept of Silvercity as a place takes on the same mystique as Oz in Melhus’ previous film Weit Weit Weg (Far Far Away) (1995) as being distant and unreachable. The two films work together to discuss a longing for a home that is unattainable, neither in the past nor in the present, as if constructed of fantasy and imagination as a means to cope with isolation in far distant worlds.

SILVERCITY 1+2 is a synchronized two-channel video installation. Both channels have exact the same dialogue. While one channel shows two cowboys at a campfire projected on the floor – the other channel displays a film of two astronauts orbiting the earth in two separate shuttles. Both scenes appear as child’s play re-enactments of two major film genres: Western and Science Fiction – past and future. By having both channels in opposition and using the same dialogue – the two different genres and their references also address our collective memory. Both sides also reflect the medium film itself in different ways: One as an illusion projected on the floor and wall of the exhibition space (one shot) – the other as edited film, that even quotes at one point title text “THE END” …. “OF THE BEGINNING”…
The format of the video loop connects with the loop of a suppressed memory, that always comes back unless you deal with it. 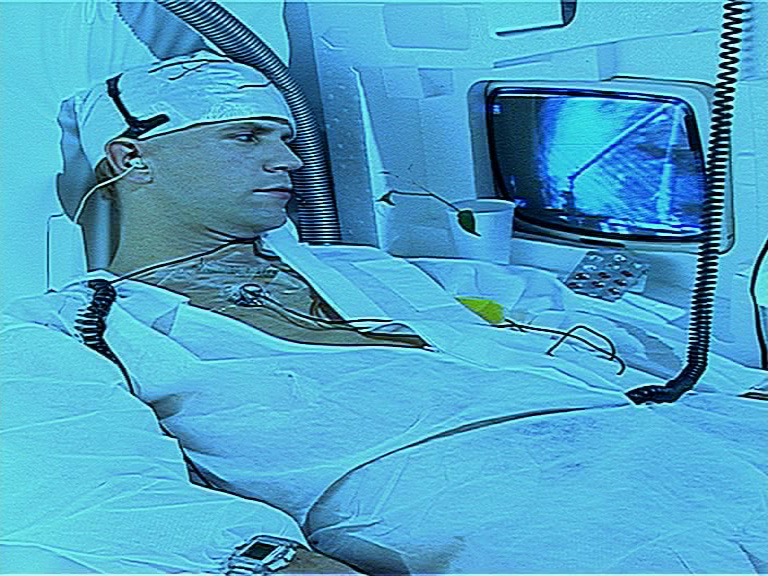 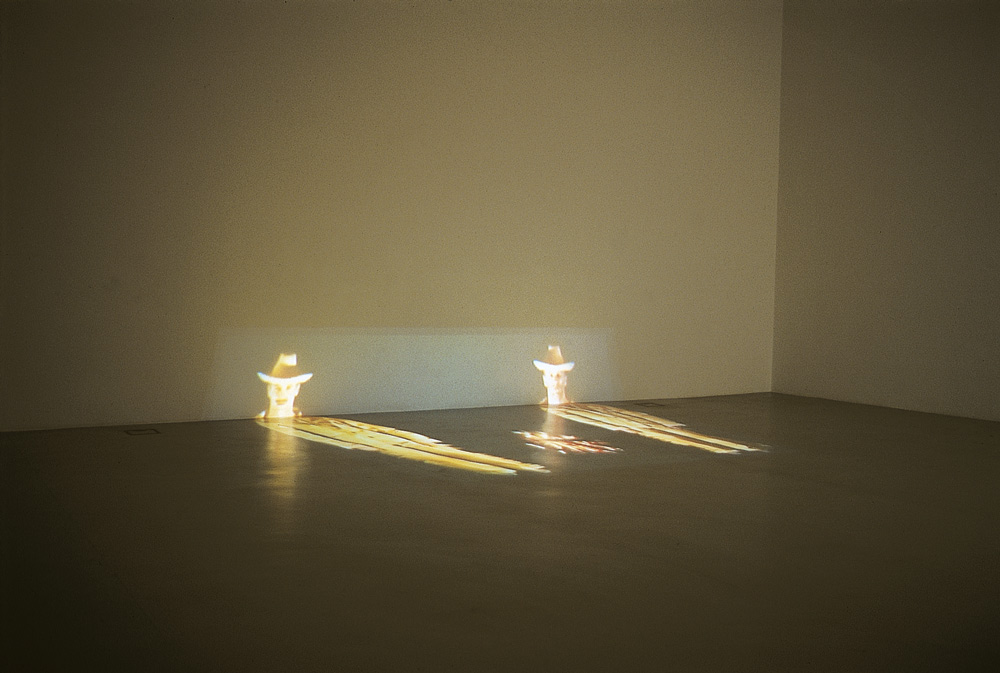 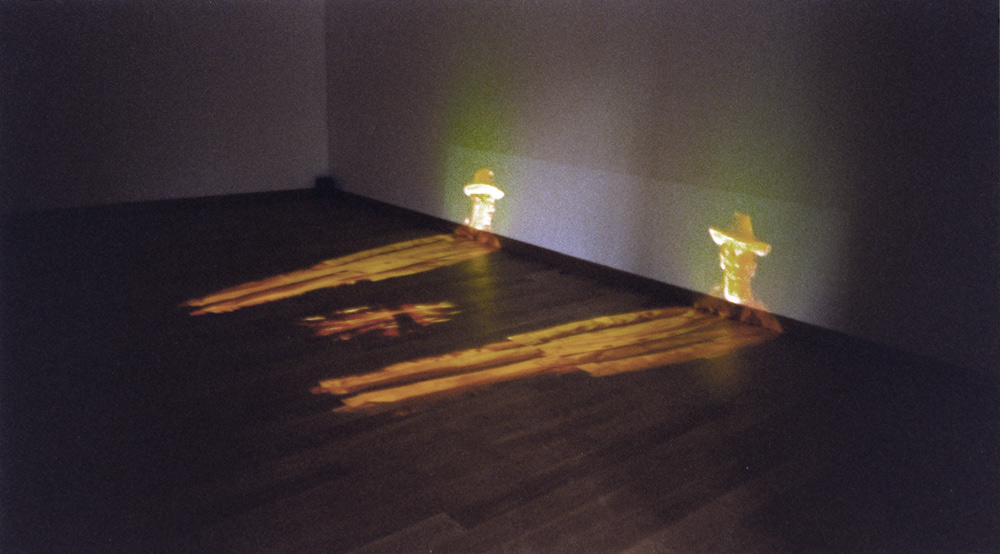