DEADLY STORMS is based on appropriated audio footage from the US American
news network FOX NEWS. During the last 10 years Rupert Murdoch’s FOX NEWS
became one of the most powerful and influential news networks in the United
States. Claiming to be “fair and balanced”, the over designed propaganda
machine creates an atmosphere of permanent alert and fear. DEADLY STORMS
tries to focus on the overall tone, the manipulative carrier of the content, rather
than on the grotesque political content itself.

In DEADLY STORMS, three identical figures, which have been separated and arranged
into one triptych (consisting of three vertical plasma screens), repeat phrases and
statements of alert and threat as well as what appears to be seemingly happy
journalism. The repetitive elements and structures are set to a composition of rhythms
which exercise a hypnotic power on the viewer that, together with the utterances and
emotionally charged language, serve the traditional rhetorical strategy of enchantment
and persuasion. The gaze directed out of the picture is suggestive of a direct appeal and
refers to composited framed “talking heads” in news broadcast, who while reporting the
news, are always addressing the viewer as if having a one-on-one conversation. The
psychagogic effect of the image is intensified in Melhus’ work by the rhythmic and often
melodic articulation of the text, which is spoken synchronically and with varied vocal
emphasis. 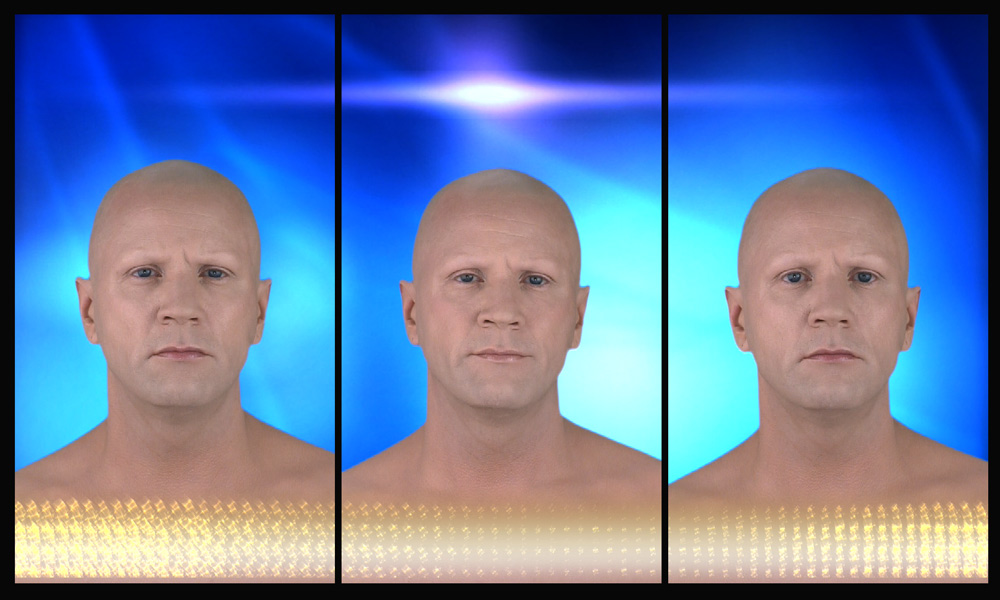 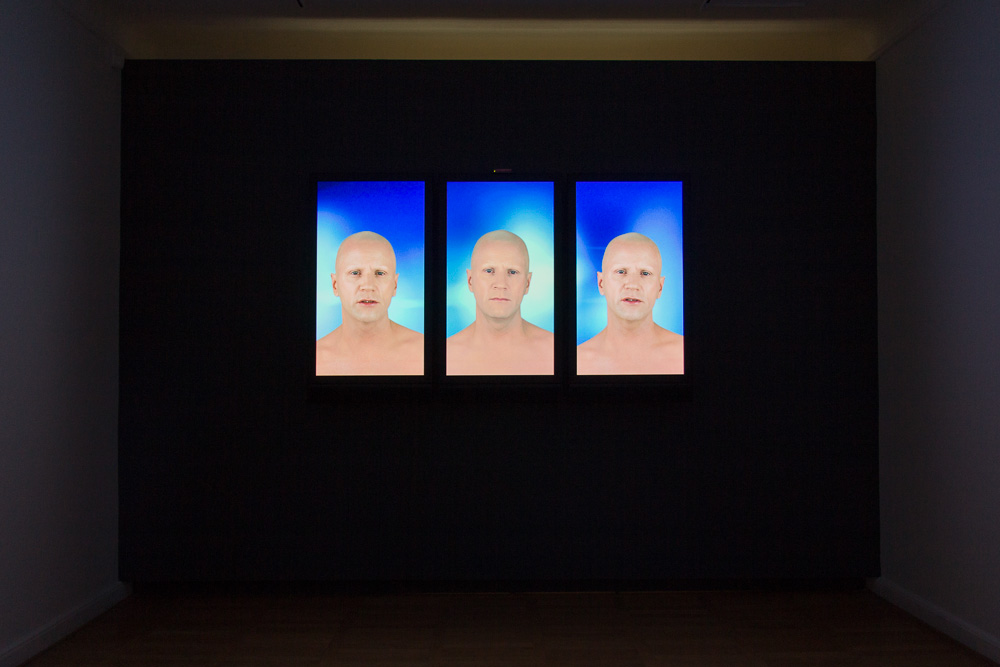