Eastern Western Park is a three part installation. It consists of 6 monitors on the passage way to the main exhibition area, 3 parallel projections on the wall of the main gallery, as well as a silver teepee with a TV campfire made from another 6 monitors that comment on what is going on outside (i.e. the other channels)  by voice fragments  and color fields. The content of the work refers to the notion of an infantile imagination of East and West, based on cited and re-contextualised cultural codes. In almost ritualist actions a grotesque child play is evoked from images that are taken from both sides of the imagined projections. They are like set pieces reminiscent of repetitive billboards, trailers or TV shows.

Through a process of criticizing Western stereotypes of Japan, and simultaneously European stereotypes of the American Mid West, Eastern Western Park uses symbolism derived from cultural exports to reflect fabrications in the misunderstanding of culture. Taking the form of a 6 channel video installation composed of projections, monitors and a tepee sculpture made from bamboo and reflective mylar, Eastern Western Park manipulates cultural symbolism to reflect ignorance back onto itself. Taking reference from German novelist Karl May in which his depictions of foreign cultures were of complete fantasy and historical farce, Melhus combines irresponsible symbolism taken as definitions of both cultures, to consider misunderstandings and mistranslations within exportation of culture through exported media. 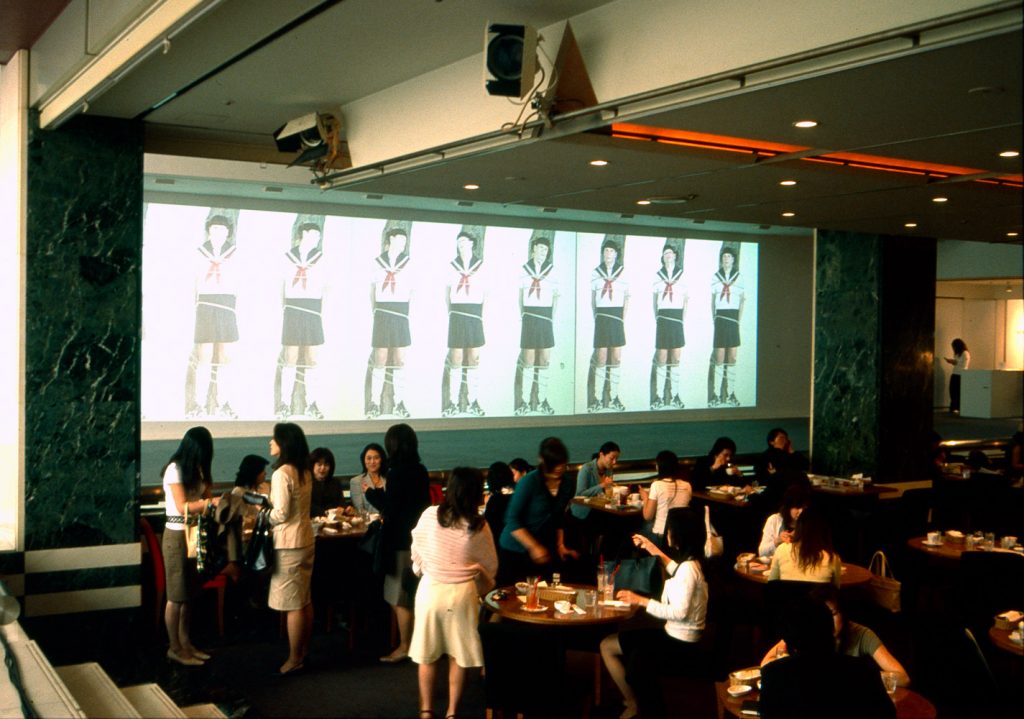 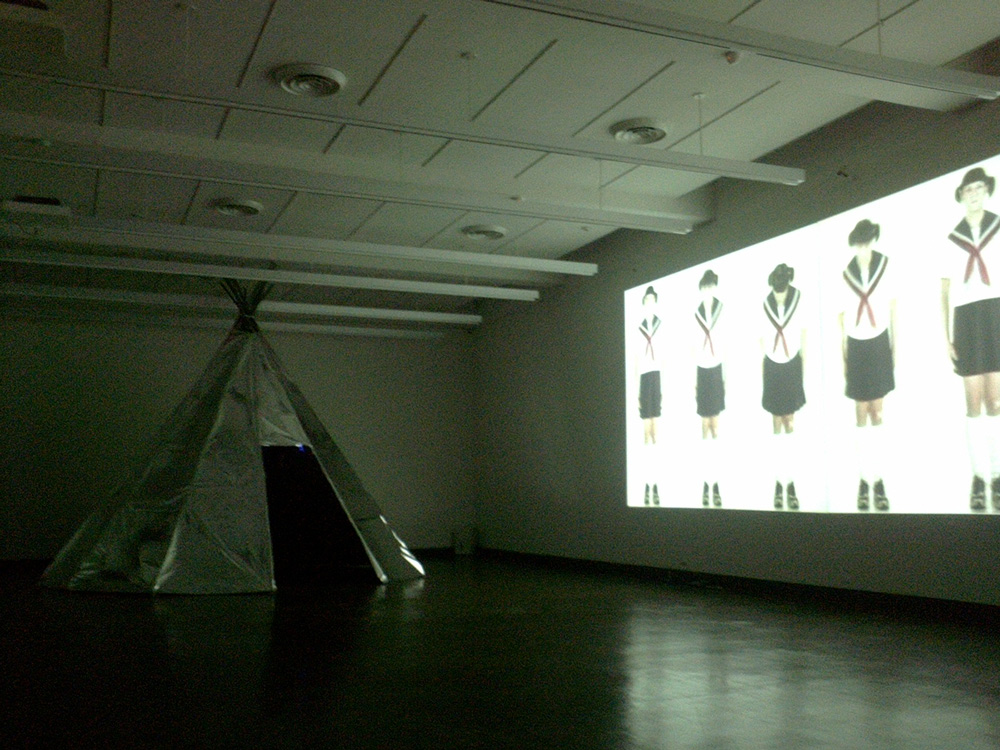 My first conceptions of the West or Western were derived from the TV adaptations of the popular novels by German author Karl May (1842-1912), which were broadcast in the seventies. His ideas of the Wild West were based solely on hearsay and the rest he filled in with his imagination. He wrote about a country that he had never visited. Nevertheless with his writings, already in the 19th century, he moulded the preconceptions or generations to come. For example – with the serialisation of his books for TV – a template for the children’s games of the first German TV generation was born.
In addition to the purely American culture imports this Euro-Western was, in the double sense of the a word, a media projection and has become an influential schema of desire and identification. At the same time, there were similarly simplistic TV performances of the East, which were called “Eastern” – in analogy to the “Western”. Above all it was the US American TV productions that propagated stereotypes of Asian culture in the seventies.

While in EASTERN WESTERN PARK I refer to the model of the American West as imagined at the end of the 19th century in Germany and relating this to the aforementioned films of the seventies, my own imagination of the East or “Eastern” is less specific – it is one that encompasses a variety of performances and media influences. Just as Karl May could not have a true idea of the West, my observation of Eastern set pieces can only be the fabrications of pure (mediated) imagination.
Eastern Western Park is thus a synthesis of a revived child play of the once invented Westerns with adapted fragments and cliches of Japanese media culture. The focus of the system is the ubiquitous and recurring icon of the sailor suit clad Japanese schoolgirl. But in the overall context and the in the embodiment of this icon by myself (a middle aged, western man) this, however, becomes a questionable caricature.
The association of a park is that of an enclosure. At first the park promises relaxation and recreation. However, as often happens, this term also turns out rosier than it is. In the end “park” is a label like the concept of the industrial park or the Memorial Park. The term refers not only to the experience of this 3-part installation in space but stands for itself already as a contrapunctus or comment to the concept of a garden as is found in relation to the name of the exhibition venue SPIRAL GARDEN.